Borehole Seismic Tomography is used to derive an image of seismic velocity between two or more boreholes by measuring travel time between source and receivers along various raypaths. The technique is used for detailed and targeted evaluation of material. One hole is used as source hole, and for wave generated at various depths in this hole, travel times are measures at number of receivers in the other hole, also known as receiver hole. This yields a network of overlapping raypaths, which are used in computations to create a velocity image, also known as tomogram. The tomogram helps identifying anomalous zones, which are visible as velocity contrasts.

The technique allows determination of material property for each cell.

The application areas of seismic tomography are

Experts with PARSAN have been involved in high resolution seismic tomography for various projects in the country, and have used it for number of new application areas. 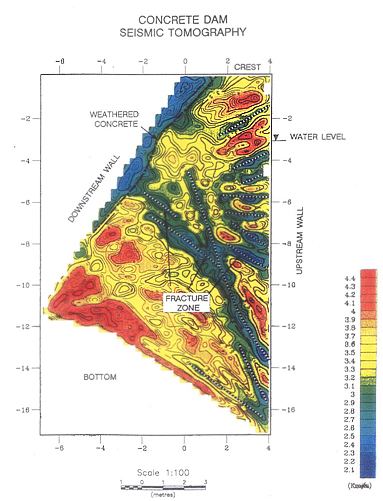