2D Resistivity Imaging uses an array of electrodes (typically 64) connected by multicore cable to provide a linear depth profile, or pseudosection, of the variation in resistivity both along the survey line and with depth. Switching of the current and potential electrode pairs is done automatically using a laptop computer and relay box. The computer initially keeps the spacing between the electrodes fixed and moves the pairs along the line until the last electrode is reached. The spacing is then increased and the process repeated in order to provide an increased depth of investigation.

The technique is extremely useful for investigations of important sites to get information on weak zones or buried channels, under the rock interface, which goes undetected in seismic refraction, which terminated at rock interface. Resistivity imaging can also be effectively used to determine rock profile along dam axis across high current shallow rivers where deployment of hydrophones is not possible restricting use of seismic refraction. For deep penetration seismic refraction techniques requires use of explosives, which are not always feasible to deploy especially in sensitive areas. In such cases resistivity imaging can be effectively used to get detailed information of deeper layers.

Following are examples from work of resistivity imaging carried out by PARSAN for various applications. 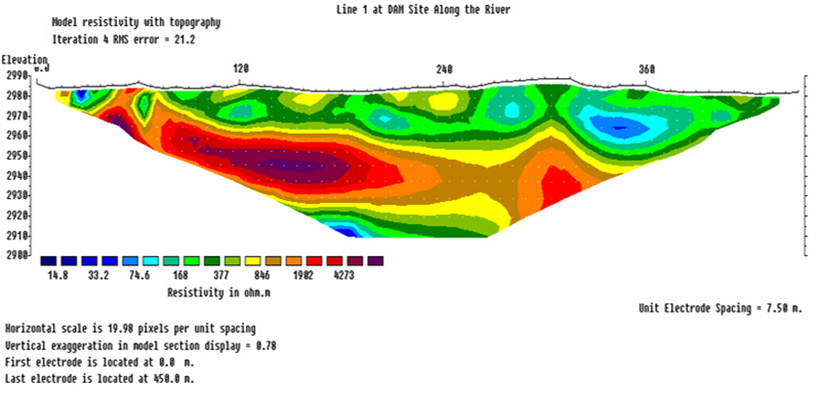 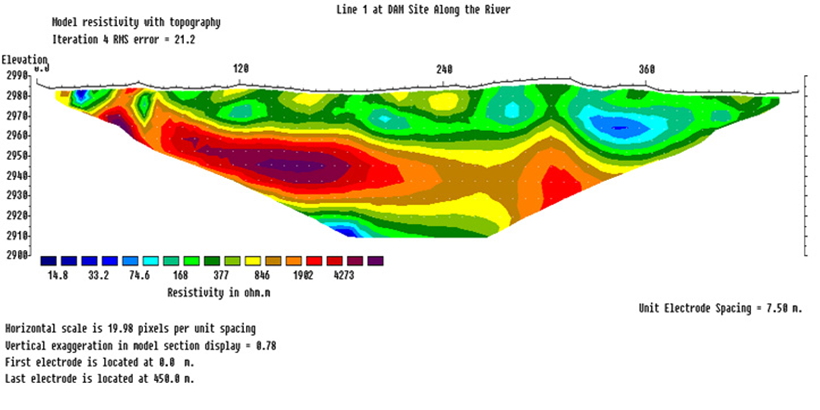 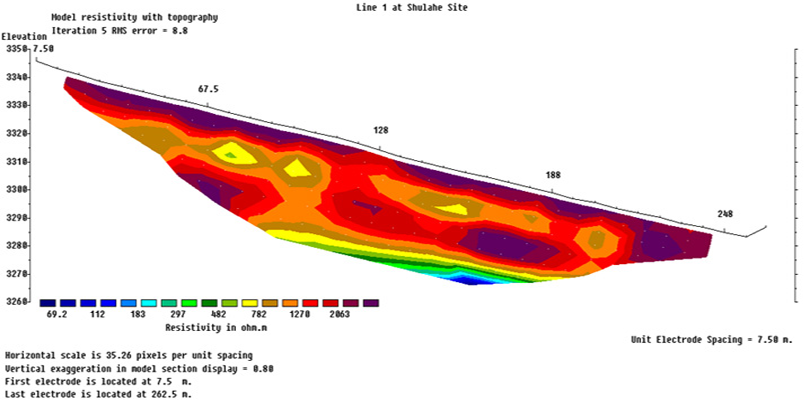